About us > Team > The Founders

Tran Quang Hieu, belongs to the first generation born after the Vietnam War (1975). The hardship and difficulty that this generation went through during the post-war period inspired them the idea to open Vietnam to the world. After earning a degree both in Literature at the University of Aix-Marseille and in Law at the Hanoi Law University, Hieu worked six years for non-governmental organizations. In 2007 with his friend Manh, he founded Amica JSC, a project initiated by Huong, Hieu’s wife. In addition to being a business project, his company helps Hieu achieve his desire to help the world discover and show strong love for his country, people and culture.

Nicolas Vidal originates from Southern France (Aude - Pyrenees). In the early '90s, he's a prospector, guide and consultant for travel agencies and Indochinese Peninsula specialized companies. In countries and regions at this time closed-off due to embargos or internal conflicts and until nowadays, he achieves numerous reconnaissance missions, explorations and projects into Vietnam, Laos, Cambodia and Myanmar remote and forsaken areas, land of various ethnic groups. He's the author of the Lost Jungles (Les Jungles perdues) and continues to be inspired by explorer Henri Maitre, author of the renowned Les Jungles moï, and ethnologist Jean Boulbet, famous for his ethnographic research on Vietnam’s Cau Maa’ and Kbal Spean discovery. 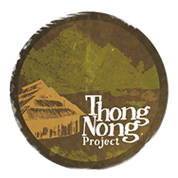